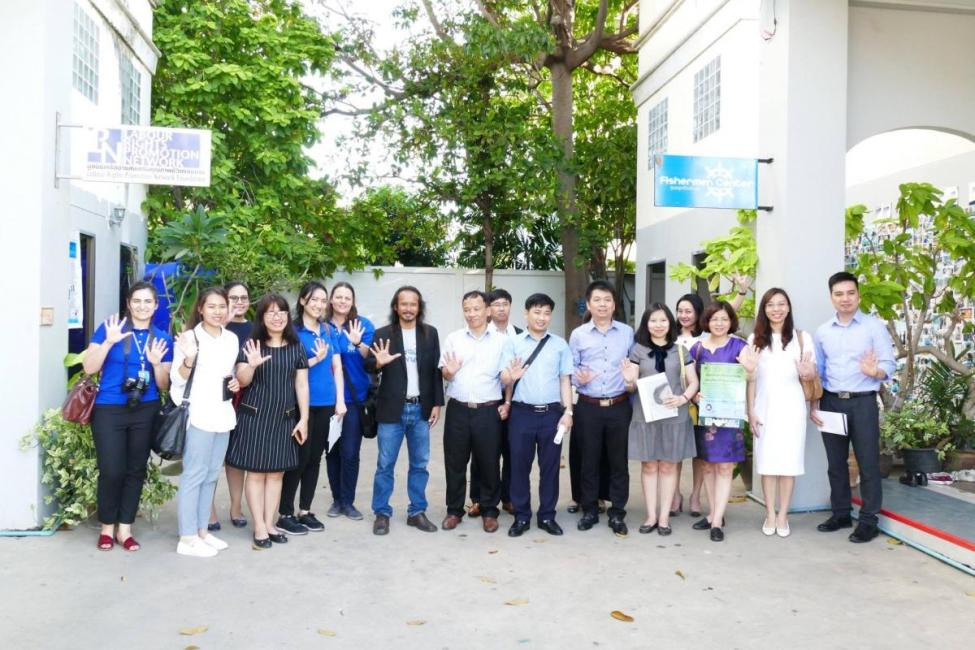 Among the most important activities was the workshop on 20th March which featured the IOM’s introduction to the concepts and practices of MICIC initiatives and MCOF. Particularly, delegates were provided with multiple approaches to migration crises while having the chance to exercise developing a preparedness plan in response to emergency cases following the MCOF model developed by IOM. Equally high on the agenda was the experience exchanges with representatives of the Thai Ministry of Foreign Affairs and the Department of Disaster Prevention and Mitigation (DDPM). At the meetings, both sides shared their practice in dealing with migration crises including coordination, reaction and planning. The response of the Thai government during the historic flood in Thailand in 2011 and the evacuation of the Vietnamese workers from Lybia in 2014 captured much attention and deemed good practices in migrant protection in crisis. 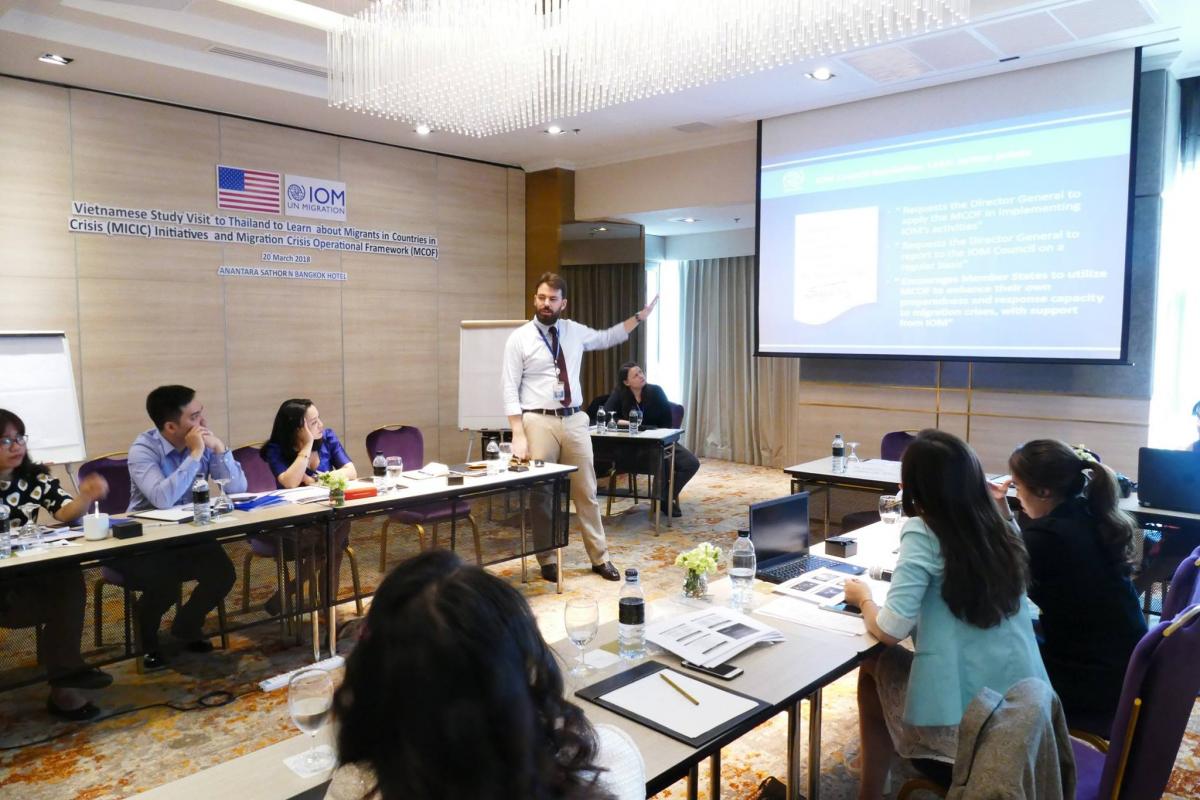 The study trip was wrapped up with visits to a Myanmar community-based organisation and the Vietnam embassy to Thailand which presented a close-up view of the front-line assistance for the migrants in the flood-stricken areas in 2011.

The study visit is an essential activity of the “Southeast Asia: Migrant Assistance, Protection and Tolerance” Programme, undertaken by IOM and funded by the Population, Refugees, and Migration Bureau of the U.S. Department of State (PRM). The enhancement of capacity for the authorities’ officials at both central and local levels is set as one among the pivotal objectives of the programme. 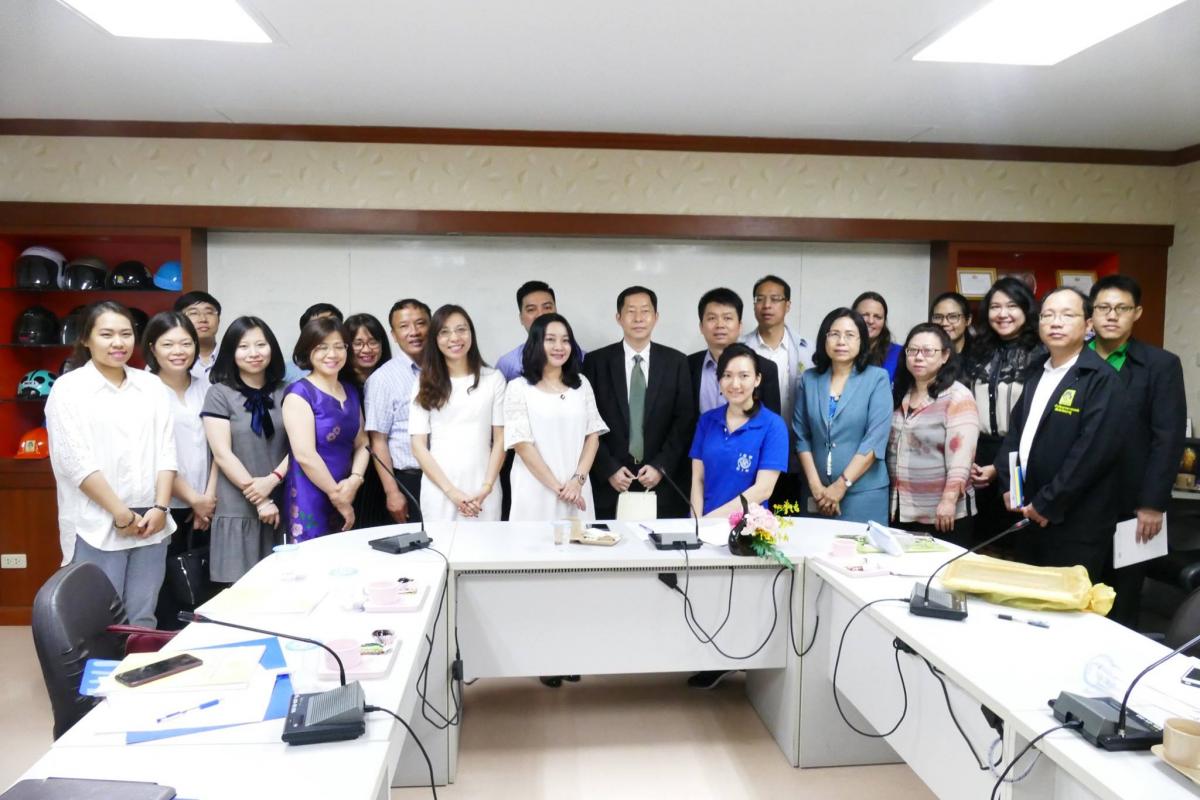 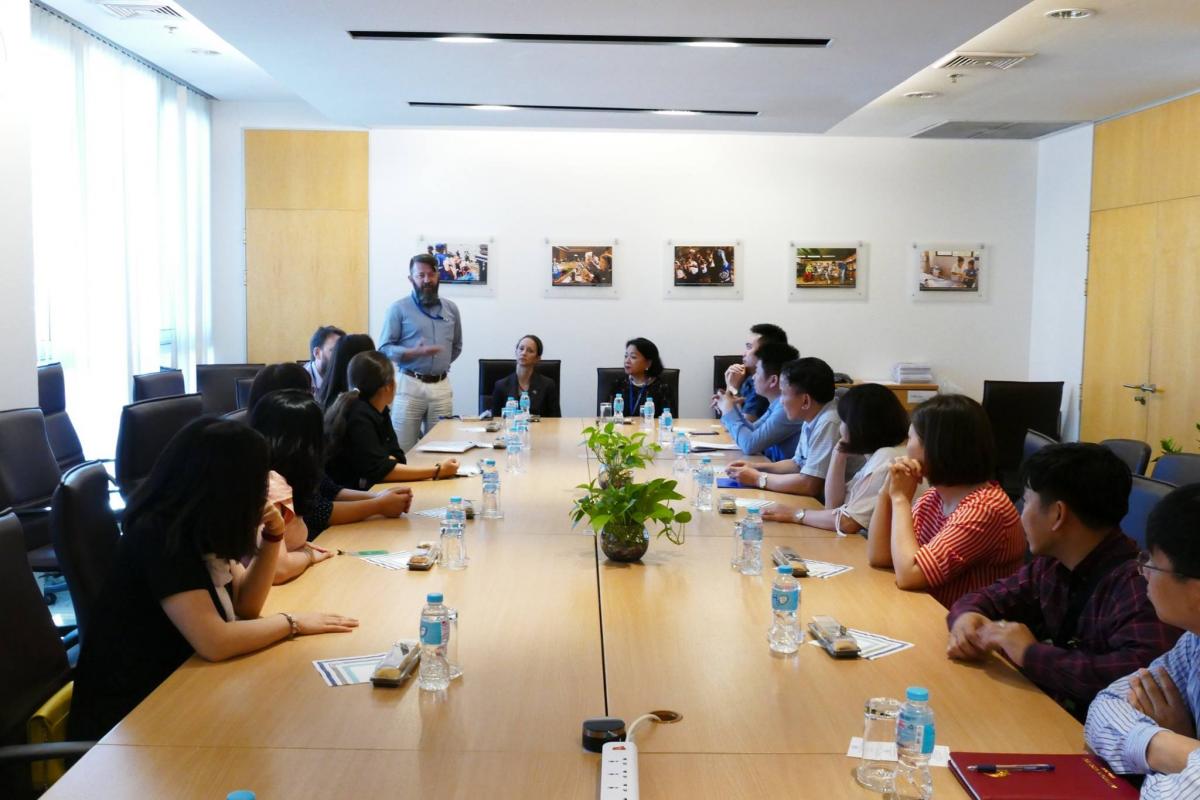 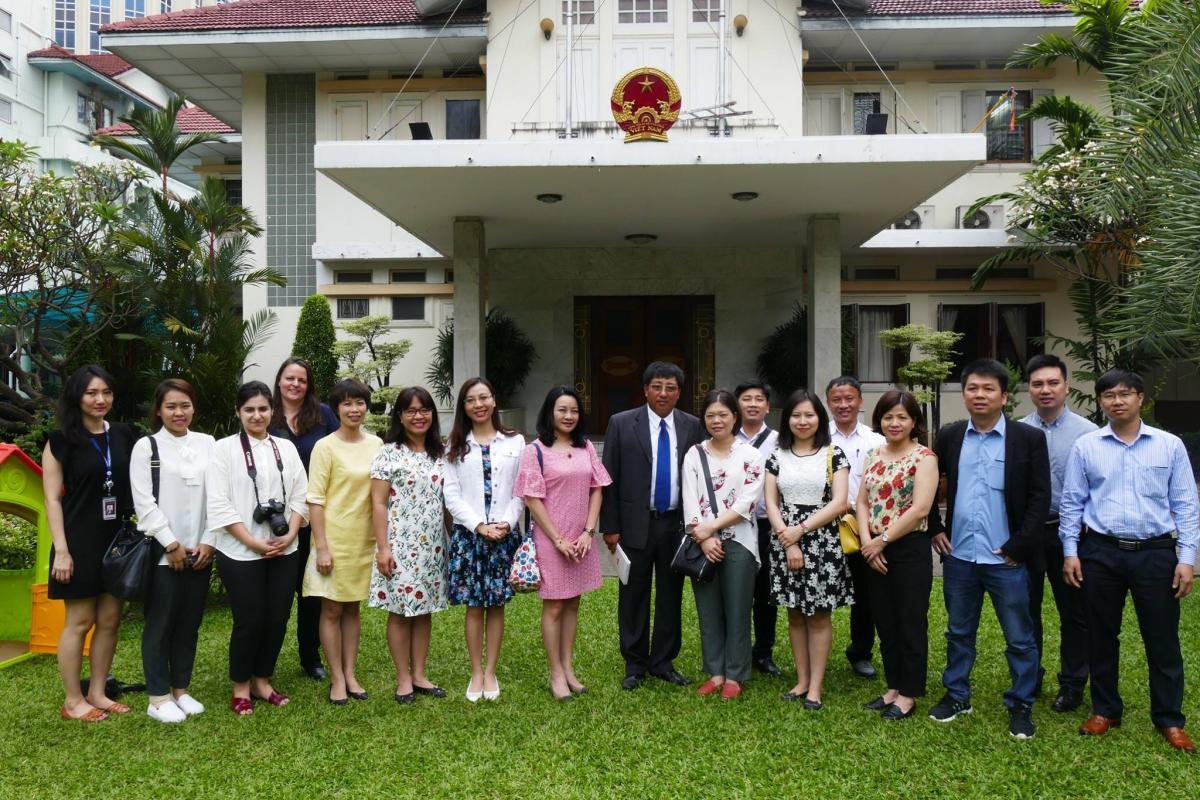 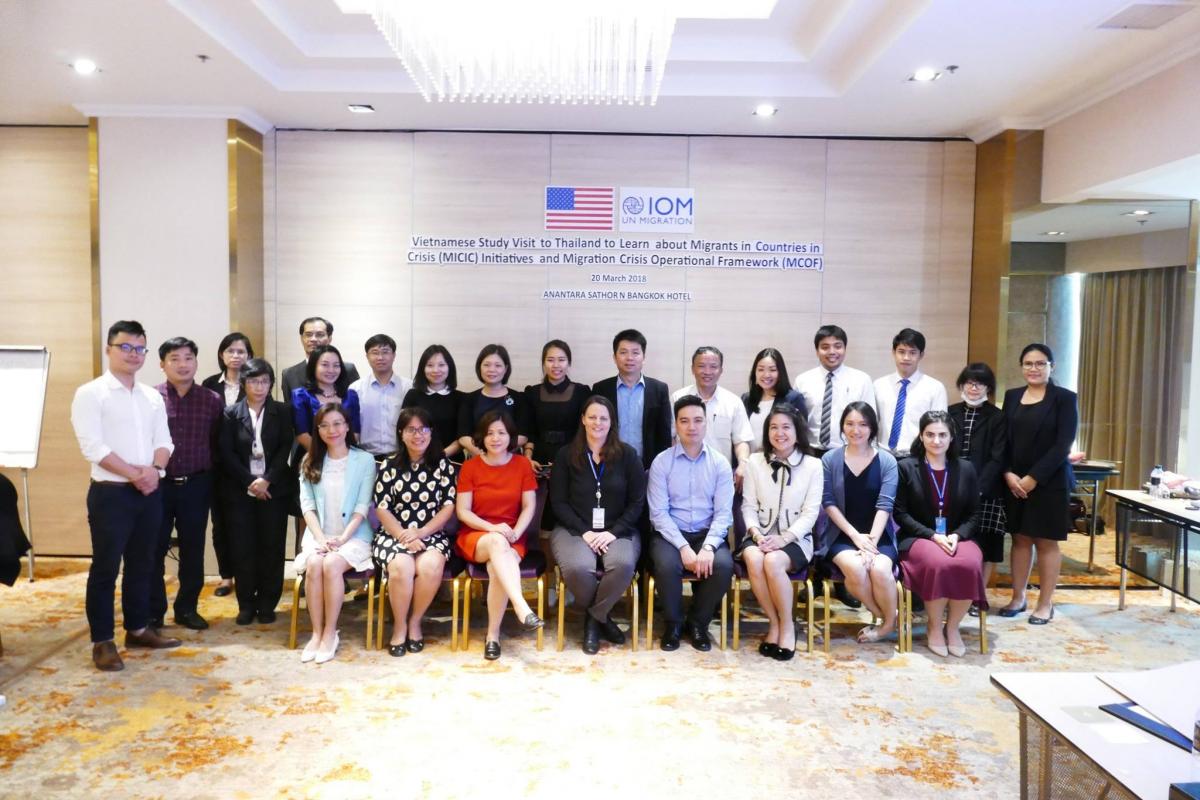 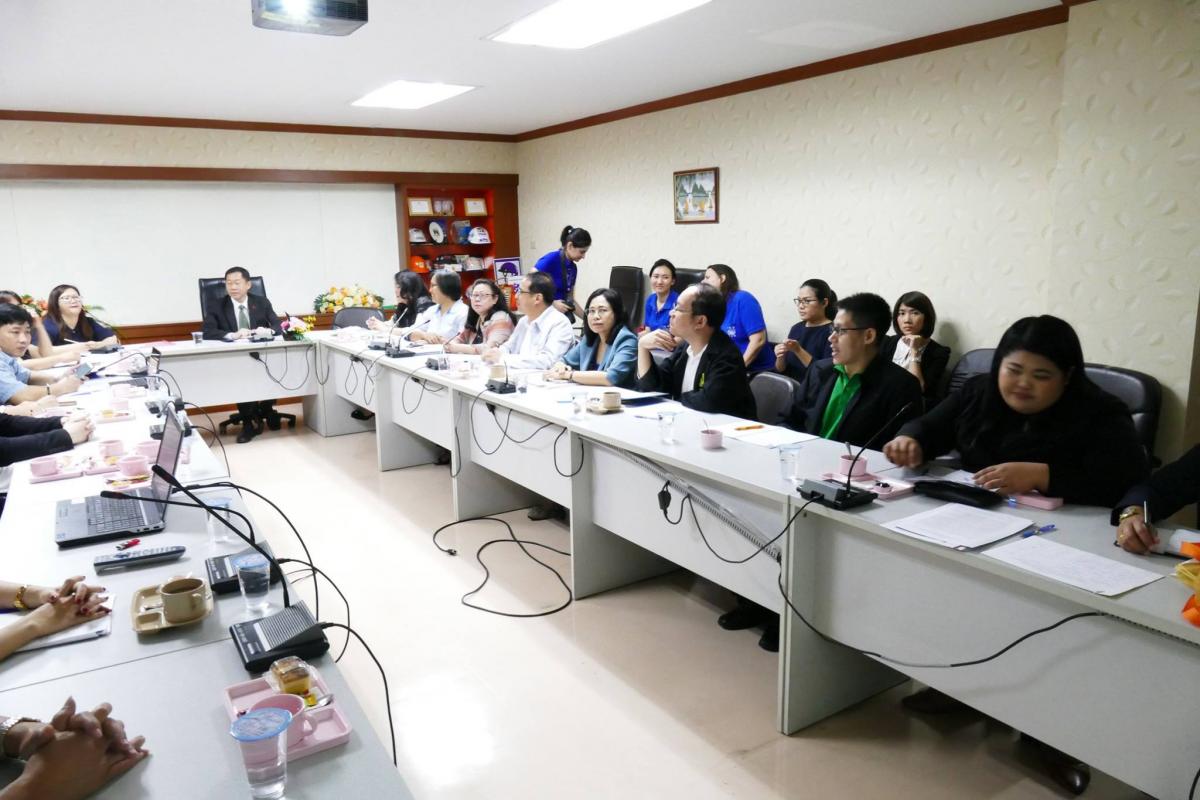 Speech of Ms Park Mihyung, IOM Chief of Mission, at the "Workshop on strengthening the implementation of counter-trafficking in persons and victim support"

IOM announces winners of “Migration through my lens” competition

Opening remark by IOM Chief of Mission Park Mihyung during the Conference on reviewing the implementation of the Global Compact for safe, orderly and regular migration (GCM)

Subscribe to IOM newsletter to receive the latest news and stories about migration.